Brazing is not to be confused with braising, which is a cooking process where your first sear the meat at a high temperature then cook it low and slow with some amount of liquid in a closed container like a pot. Brazing metals is more like high temperature baking anyways.

Brazing, if applied well, can generate tight joints since the process relies on capillary action wicking the braze material between the parts. Braze material is an alloy that melts at a temperature lower than the parts you're joining together. Stronger and more consistent joints are made with materials that closely match the mating parts. In all brazing processes, mating parts are fixtured together to ensure they retain their geometric relationship to each other during the brazing process. Once parts cool, they're either ready to go or need some finishing like residual flux removal or final straightening or machining.

What's the difference between brazing and soldering?

For those of you wondering, brazing sounds awfully like soldering. Brazing essentially is soldering, just at a much higher temperature (above 450°C, or 840°F). The higher temperature opens the door to a bigger material selection, which includes one of our favorites, aluminum. Both processes use a filler material, like a solder, to join the metal pieces together. If the metals and atmosphere require it, flux is also added to the mix to prevent oxidation of the joint. 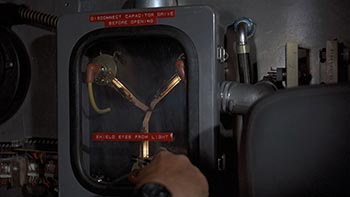 In Genie, Brazed Fin Heat Sinks refer both to brazed and soldered assemblies. Sometimes we only solder copper heat sinks, but we wanted to include those heat sinks as part of the options available to Genie users.

Pick your Process: The Different Types of Brazing

While they're many types of brazing, we'll go over the common ones used in thermal management.

Controlled Atmosphere Brazing (CAB) is conducted in an oven with a specific mixture of air surrounding the parts. This mixture is primarily inert gasses and not oxygen that can oxidize the joints. Since the parts are placed in an oven, the braze material flows horizontally outwards where it's not pulled by capillary action. This process is great for making a brazed fin heat sink since the base grooves are ideal in wicking the braze material. 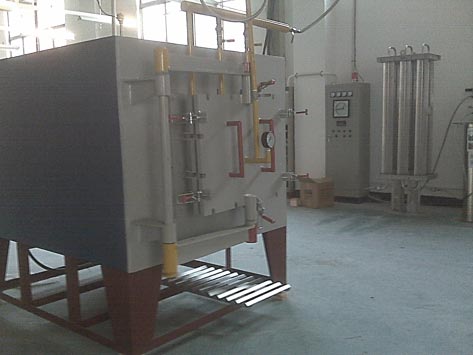 As the name suggests, vacuum brazing is conducted in a vacuum chamber. This is to remove any sort of oxygen that can oxidize the braze joints or other gasses that could get caught in tiny pockets in the joints. In practice, vacuum brazing has an advantage over other types of brazing since it doesn't require flux to prevent oxidation. That makes vacuum brazing popular for complicated assemblies like heat exchangers and liquid cold plates, since they're tough to clean any residual flux out.

Now, dip brazing is awesome to watch. You put braze material between your joints and fixture your parts together like you would for a vacuum brazed or CAB assembly. Then you put that assembly on a stainless steel fixture. With lift that looks like a giant fork, you lower the whole thing into molten salt. The heat of the molten salt conducts through the aluminum assembly and reflows all the braze material. Since it's submerged, there's no need for flux and reflow can spread in multiple directions, not just horizontally. 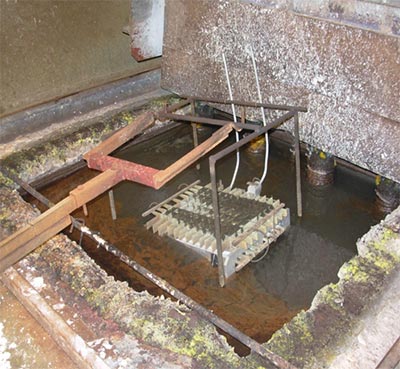 In a few occasions, we'll use torch brazing to make tricky prototypes, proofs of concept, or complex, small production runs. Torch brazing utilizes a gas flame to melt the filler material between the two metal parts being joined. Since this typically is a manual process, it's reserved for small quantities. Since we're not using a tightly controlled atmosphere that aluminum brazing requires, this process is normally reserved for copper and nickel alloy brazing.

Brazing gives us a whole bunch of options when it comes to constructing high quality or high complexity thermal management products. Genie offers both copper and aluminum brazed fin heat sinks in the technology selection page.

Are you looking help designing or manufacturing a Brazed Assembly? We can help with either your brazed heat sinks, heat exchangers, or liquid cold plates. Contact Us today for assistance!