There’s lots of buzz on the internet about heat pipes and vapor chambers being amazing additions to air cooled heat sinks. But when it comes to heat pipes versus vapor chambers, what's the difference?

Both heat pipes and vapor chambers utilize the same two phase cooling process. A liquid evaporates at the heat source and becomes a vapor. This vapor travels through the cavity of either the heat pipe or vapor chamber to a cooler place within the pipe or chamber and condenses. By capillary action, the condensed liquid travels back to the hot spot through the wick.

A heat pipe is very close to what it sounds like. It's a pipe used to conduct heat, of course. But the pipe has been altered to contain a wick and has been sealed to retail all the fluid installed into the pipe. While heat pipes can be made from a wide range of materials, copper and water are the favorites for metal and working fluid. Copper already has a high conductivity, commercially available, and is straightforward to manipulate during the manufacturing process. The working temperature range between freezing and evaporation for water covers most applications, so the majority of heat pipes use water within them.

In comparing heat pipes versus vapor chambers, the biggest difference is the direction of heat spreading. Heat pipes have a high effective thermal conductivity focused along the axis whereas vapor chambers have a more two dimensional, planar heat transfer direction. 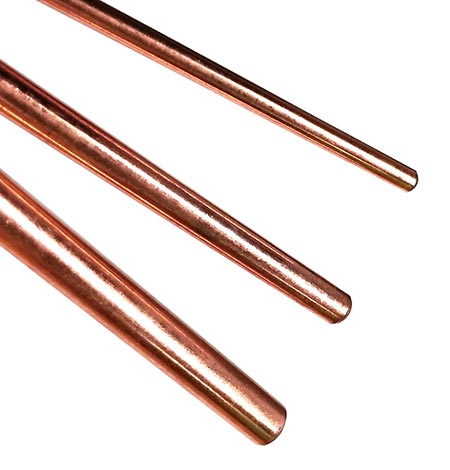 We can transfer heat away in more directions with a vapor chamber, so two dimensions are better than one, right? Not always. Some vapor chamber construction methods are somewhat susceptible to mounting forces, but recent advances have made vapor chambers more resilient. Most applications require a mechanical load on the heat sink to ensure really good contact to the thermal interface material and device being cooled. Sometimes this load is too much for copper vapor chambers to handle without compressing the vapor space and potentially damaging the wick structure as well. This is where more advanced and structurally stable Stainless Steel and Titanium Ultra Thin Vapor Chambers are effective solutions.

On the other hand, heat pipes generally have less unsupported space than vapor chambers do. This enables heat pipes to handle extreme mechanical stresses better. We can also bend heat pipes for additional control when routing heat. We can translate our high heat transfer rate from one dimension to something a little closer to a full two dimensions by bending heat pipes into more optimized shapes that better suit specific applications.

Genie uses a comprehensive model for simulating a heat pipe. Genie has a fairly simple heat pipe interface and can only handle straight heat pipes embedded in the base. The Genie also will evenly space out your heat pipes near your heat sources. But for getting an idea of how a heat pipe can improve your base heat spreading, it’s a great tool. If you're looking for more advanced simulation tools that accurately simulate both heat pipes and vapor chambers, check out Aavid SmartCFD.

Boyd Design Engineers are well versed in some of the crazy ways we can use heat pipes. If you have some questions on how else heat pipes can be applied, especially for your specific application, feel free to contact them.